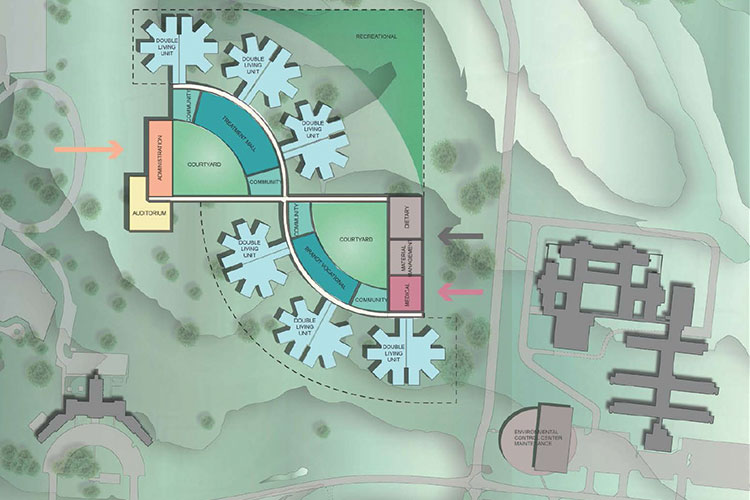 The new Fulton State Hospital campus will be constructed on a 55-acre plot of land which has been home to the hospital since its inception in 1851. The new hospital will include six living areas with 50 beds each, for a total of 300 beds. Construction of the facility is slated to begin in the spring of 2015 and be completed in 2018.